Two Wrongs Don't Make a Right...It Makes Us Even by Kennedee Devoe is about the author's life. Kennedee Devoe shares her ups and downs and the men that have came and gone out of her life. Her first experience with heartbreak occurred at a young age when her boyfriend showed up at her house with his new girlfriend on his arm. Kennedee stood there hurt but refused to show the hurt. The boyfriend would later get a taste of Kennedee's revenge.

As Kennedee gets older, she experiences some highs and quite a few lows with men. Kennedee has dated the insensitive asshole, the man that could not keep his hands to himself, etc. But Kennedee is not the type of girl to sit back and take any crap from any man. Kennedee has had family members handle some situations,  and she has gotten creative in the ways she handled them. As Kennedee gets older, she realizes that it's better to let karma handle the situation instead of taking it upon herself to dole the revenge out.

Two Wrong's Don't Make a Right...It Makes Us Even by Kennedee Devoe was definitely an entertaining read. I commend Ms. Devoe for taking her life stories and sharing them in written form. I mainly commend her for sharing certain things in her life that can be considered controversial and putting certain things between the pages for everyone to know. The overall story was very good. My only complaint are the gaps within the story. There are a few things I would have liked to read more about. Overall, Two Wrong's Don't Make a Right...It Makes Us Even was a good, quick read. I hope Ms. Devoe continues writing, and I look forward to reading more by her.

Reviewed by Leona for Urban-Reviews

Order your copy of Two Wrongs Don't Make a Right...It Makes Us Even today!
at February 13, 2013 No comments:

Sister Souljah -
A Deeper Love Inside: The Porsche Santiaga Story -
Available Now! -
5 out of 5 books -

Porsche Santiaga had spent the first eight years of her life looking up to her older sister Winter. But when her dad is sent to prison, Porsche is forced to grow up in the harsh juvenile justice system that Winter knew nothing about. Through this growing process, Porsche is determined to become a strong woman. Will Porsche be the queen that she is destined to be, or will she be just another statistic?

Sister Souljah finally gives us a true sequel to The Coldest Winter Ever with A Deeper Love Inside. In the prior book, Porsche blended into the background and you didn’t get her whole story. With this novel, Porsche is telling you everything in her own voice so that you see everything through her eyes. Sister Souljah does an excellent job of showing the harsh realities of Porsche growing up in the juvenile justice system. Readers will find that Porsche has a totally different mindset than her older sister at an early age. She was not only concerned about surviving but also to become a better and stronger person. It was refreshing to see the growth in Porsche from the beginning to the end of the book. This story also has some great secondary characters that help Porsche along her journey including a young man named Elisha. Midnight and Winter do make appearances in this novel but this story is not about them. Sister Souljah also connects this story with the end of The Coldest Winter Ever so readers will not feel cheated. By the end of the book, you get a sound and satisfying conclusion with all of your questions answered about Porsche. You actually see the mature young woman that she becomes. A Deeper Love Inside: The Porsche Santiaga Story is a thought provoking coming-of-age story that was definitely worth the wait.

Order your copy of A Deeper Love Inside: The Porsche Santiaga Story today!

Listen to an exclusive one-on-one interview with Sister Souljah here.

On The Line with Radiah Hubbert - Sister Souljah - January 2013


On The Line with Radiah Hubbert - Sister Souljah - Author of 'A Deeper Love Inside: The Porsche Santiaga Story' - 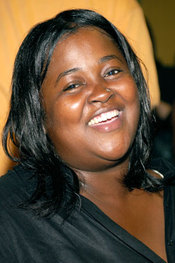 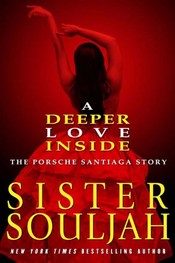 Sistah Souljah talks to Radiah Hubbert about:
- Her latest book 'A Deeper Love Inside: The Porsche Santiaga Story'
- Her thoughts on the juvenile justice system
- Her favorite book to read and why
- Her upcoming project
- And Much Much More!

Click Here For Our Exclusive Audio Interview
With The Author Of 'A Deeper Love Inside: The Porsche Santiaga Story'
Sistah Souljah

Or listen to the audio interview right now (approx. 23 mins):


Order your copy of A Deeper Love Inside: The Porsche Santiaga Story today!

On The Line with Radiah Hubbert
Exclusive One-on-One Interviews with Today's Top Authors!