Click here for more information and to register for the 7th Annual Great Midwest Book Fest! 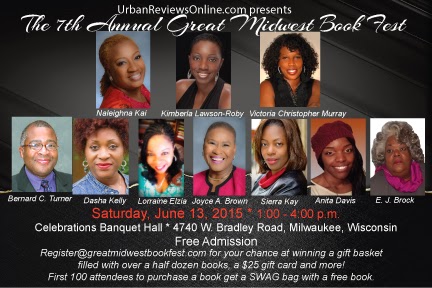 INSIDE OUT with Yasmin Shiraz - Author of Devious 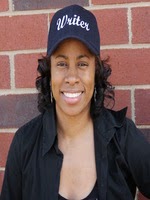 Yasmin Shiraz is a best selling and award winning author of several books, including Exclusive: An Amazon #1 Best Seller and Retaliation: A Novel which was named a Top Ten Quick Pick for Reluctant Readers by the American Library Association. She is the award winning Writer/Director of Can She Be Saved? which won Best Documentary at the NC Black Film Festival and the Best First Film at the Youth International Film Festival. She also wrote and produced the award winning suicide prevention web series, SOURCES. As an empowerment speaker and youth activist, she has spoken at over 100 colleges and universities as well as organizations such as Planned Parenthood, The Boys & Girls Clubs of America, Girls Inc and the YMCA to name a few. She is a trained sociologist having received her Bachelors of Arts in Sociology from Hampton University and her Masters of Arts in Sociology from Morehead State University.

Urban Reviews: Tell us about Devious.
Yasmin Shiraz: Devious is the 3rd book in the Tisha Ariel Nikkole series. Its a sexy, fast-paced romance. At the end of Privacy, a tragic event occurs and Devious tells what happens next.

Urban Reviews: What made you decide to write another installment of this series after so many years?
Yasmin Shiraz: Readers continued to email me about Devious. I had promised a Devious book after Privacy, but I never wrote it. I like to be a person of my word. So, Devious is much later than it should have been, but hey, better late than never. And, I love Tisha and Shout. I want those characters to be around for a long time.

Urban Reviews: Will we see Tisha in another book in the future?
Yasmin Shiraz :Yes, I'm already working on the 4th book, Secrets. I cannot wait to share it with the readers.

Urban Reviews :You also have two teen novels Retaliation and Accused. Can you tell us a little more about these novels?
Yasmin Shiraz: Retaliation is about a teen girl who gets jumped by 3 girls that she doesn't know. Everyone (her family, school, community) wants to retaliate but her. It's a real page turner and was inspired by my work with teen girls. The book was named a Top Ten Quick Pick for Reluctant Readers by the American Library Association.

Accused is the sequel to Retaliation. The main characters go off to college and one of them is accused of a crime that they didn't commit. Accused exposes date rape on college campuses which is currently a hot topic. Accused was recently nominated for a book award by the In The Margins Book Committee of Librarians.

Urban Reviews: Retaliation is the catalyst for the Talk Retaliation empowerment series. Can you tell us about this and what your goals are for the series?
Yasmin Shiraz: I've visited schools, non-profit organizations, Boys & Girls Clubs throughout the US and I have a real dialogue with youth, police, and community leaders about violence. Each session feels like a therapy session. Police officers leave crying as well as youth and community leaders. The goal is to create an open forum and to build trust within our communities.

Urban Reviews: Are you working on any upcoming projects or books?
Yasmin Shiraz: I'm a documentary filmmaker as well as an author, so I'm currently on a film tour promoting my film on HIV/AIDS, entitled Growing Up Positive. I continue to write daily and am more committed to staying connected to the readers than ever.

Urban Reviews : Where can readers learn more information about you and your books?

Click here for your chance to win a copy of Devious!

Email ThisBlogThis!Share to TwitterShare to FacebookShare to Pinterest
Labels: February 2015, Inside Out, Yasmin Shiraz

Tisha has left the world of entertainment and hip hop culture behind, to find herself embroiled in a sex trafficking ring that involves her former fiance. Has Shout become that guy? Can she save the girls who she's pledged to protect? From Washington, DC, to Miami to the Dominican Republic, Tisha vows to give her life meaning, even if it kills her.


Congratulations to Sophia Garrison! She won a copy of Devious.
at February 04, 2015 No comments:

Draya works very hard every day to make sure her little brother June stays off the streets. June has dreams of college and his sister will try to make that come true for him. Draya is a maid at this luxurious white house. She’s not sure of the exact profession of her employers. But Draya sees that there’s plenty of cash that they won’t miss laying around. Soon she devises a plan that will result in a big pay off. But Draya soon finds out that for every action there is a reaction.

Nothing is what it seems in The White House by JaQuavis Coleman. Coleman tells a story that is a prime example of what goes around comes around. Just when you think everything in this story is going smoothly, there is an unexpected twist that will make your jaw drop. Readers will also find that the ending will be something you will not be prepared for. The White House is a fast-paced thriller that doesn’t disappoint.

Puss and Boots is an exclusive swingers’ club owned by Lyssa and Jacob. Since their two children are now out of the house, they have been actively living this lifestyle. Every few months they hire a “live-in” girl who they provide room, board, and a paycheck. In exchange for this, the hired girl gives them sex on demand. But when Jacob decides to go out and find the next “live-in” on his own, things don’t go as planned. Danielle and Stewart have been regulars at the club for the past eight years. They have their own private room and there’s something far more sinister than sex that’s going on. Juju is a fifty year old millionaire and former model. Ferrari is a 30 year old college dropout . Juju and Ferrari love the club but Ferrari may have his sights on someone else. Tori and Kevin always wanted to experiment and Puss and Boots is the perfect place to do it. After their encounter with another couple at the club, Tori can’t seem to get that experience or that man out of her mind. What will happen with these four couples?

Sex, lies, and dirty secrets are what you’ll find in the pages of Swing by Miasha. This book is a lot more than just non-stop sex at the swingers’ club. You’ll find that these four couples have some deep issues outside of the club. This story does provide some unexpected plot twists and drama that Miasha is known for. This book is a hot and fast read that will surely delight readers. With Swing, Miasha gives us a walk on the wild side.

Click here to order your copy today!
at February 03, 2015 No comments:

James Wolf aka Lone Wolf is a narcotics detective that does not play well with others. With Internal Affairs watching his every move, Wolf needs a good case to get back on track. When he is called to assist in a homicide investigation, Wolf knows that this is no ordinary case. A gruesome murder of a priest inside of his own church leaves more questions than answers. The killer’s calling card is a single black lotus flower that’s left at the crime scene. Will Wolf find out who the killer is before the body count goes up?

As soon as you start reading Black Lotus, you know that there is more than meets the eye as far the black lotus murders are concerned. When reading this story, it feels like you are at the actual scene of the crime. As you get further into this story, you keep wondering who the killer is and what is their motive.This book features the sublime story and character development that K’wan is known for. Readers will need to pay close attention to figure out who the killer is before it is revealed. Although this is a novella, this is a complete story that has a satisfying ending. Hopefully, this is not the last time we see the Lone Wolf. Black Lotus is a good crime thriller by K’wan.

Click here to order your copy today!
at February 03, 2015 No comments: