On the Line With Radiah Hubbert : Shakir Rashaan 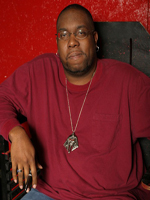 The “Master of the Mindf*ck” has been creating mind-twisting stories for the better part of a decade, but Shakir Rashaan first rolled onto the national literary scene as a contributing writer to Z-Rated: Chocolate Flava 3 in 2012. The raw, vivid, and uncut writing style captured the attention of the Queen of Erotica herself, Zane. A year later, Rashaan’s debut novel with Strebor/Atria/Simon & Schuster, The Awakening, opened to rave reviews and a “Recommended Read” accolade in USA Today’s “Happy Ever After” literary blog. The follow-up in the Nubian Underworld series, Legacy, garnered even more success, with the third installment, Tempest, picking up yet another “Recommended Read” from USA Today, making the series one of the most unique and best-selling in the erotic romance genre.

Rashaan would later add to his impressive catalog with the debut of the Kink, P.I. Series in 2015, starting with Obsession and following up with Deception and Reckoning. Drawing comparisons to Walter Mosely’s Easy Rawlins series, Kink, P.I. has developed into yet another best-selling series, carving its place as a “throwback to the days of classic mystery books” in the mystery genre.

Further adding to his impressive portfolio, Rashaan is a regular blogger for USA Today’s Happy Ever After blog, where readers can find him at his “Manly Musings” personal blog, reviewing books, television shows and movies from a man’s perspective. He has done recaps for various shows for the STARZ Network, including The Girlfriend Experience, POWER, and Survivor’s Remorse.

In 2017, Rashaan exploded yet again, creating the standalone bestseller, In Service to the Senator, a sexy political thriller that has been called “heart-pounding” and “an edge-of-your-seat suspense” by several reviewers. With his prolific writing prowess and openness on his social media platforms making him one of the more popular authors in the literary world, Rashaan has plans to be a mainstay for years to come.

Radiah: Where did you get the idea for In Service to the Senator?

Shakir: I picked up the idea during the election cycle. No, really, it was like around the summer when we finally figured out who was going to be the Democrat and Republican nominees. I always tend to see around the bend, and I could see the circus coming just like everyone else did. So, I went to sleep one night after a particularly raucous evening watching the Republican rallies and Senator Warren showed up…and no, not her, but my fictional senator, who happened to share the same last name as Senator Elizabeth Warren.
He and I had a long chat, and by the time we were finished, the concept was born. I took National Novel Writing Month (NANO) to write the entire book, December and January to polish and edit, and there you have it. It was the quickest turnaround I’d ever done with any of my books, and not one I plan to duplicate any time soon LOL!

Radiah: This book is a bit of a departure from your previous novels. Were you nervous about how this one would be received?

Shakir: The one thing as an artist that I try to do is figure out what speaks to my creativity. Yes, I’d built a name and a platform on sexual creativity and freedom, but I felt that this was something that I could still tell a compelling story and still stick to my platform at the same time. Senator Warren is still a Dominant, but he isn’t in the same vein as Dominic in my Kink, P.I. series or Ramesses and Neferterri in my Nubian Underworld series.
I’m always trying new things (I actually created a paranormal novella that I plan to flesh out soon) to see what I can pull from my ever-expanding universe of characters, and it’s fun to watch what develops, even while getting back to the signature series that put me on the literary map.

Radiah: Are we going to see any more of these characters in the future?

Shakir: I’ve been getting a lot of inquiries about whether or not the Distinguished Gentleman from California and his triad, with particular interest in how things began between Terrell and Lea before Kianna showed up. One never knows, but I’m never ruling anything out when it comes to my literary universe.

Radiah: What made you decide to introduce your readers to the world of kink in your books?

Shakir: I think the more important question is what made me decide to introduce my readers to the world of kink and how WE (meaning people of color, black people specifically) do things in my books. In that vein, I did it because we have only “their” representation of how things are done in the kink world, with no real characters that they could identify with. That’s how the Nubian Underworld was born in the first place; there are so many books written by authors across the aisle, so to speak, so I felt a sense of obligation to showcase the “soul” in kink. The rhythm in which we do things, the music, the innate cadence that we know, all of that. And doing it from a healthy place; I’m so sick of reading books where one of the main characters of the love interest is mentally unstable or needs to be rescued from their situation. Yes, it happens, but damn, can we showcase the beauty of what can happen if one delves deep enough? *Stepping off soapbox now*

Radiah: How do you feel about how mainstream media portrays this lifestyle versus how it really is?

Shakir: They’ve been screwing it up for the better part of thirty years now, so why should I expect any better? The way this thing we do really is would be considered boring, and mainstream media loves drama because drama sells books, papers, magazines, etc. I don’t begrudge the job they have to do; hell, I work for USA Today, and there are things I love doing for Happy Ever After, but let’s be real. Even a mainstream relationship is considered boring if it doesn’t have a healthy dose of drama in it. It’s the American way!

Radiah: Can you give us a sneak peak of your next novel?

Shakir: Why yes, yes, I can…
I’ve been playing with old manuscripts in an effort to spruce it up until I get the bug to put new material out toward the end of the month, so there are two that I’m in the midst of re-releasing. The first of those re-releases is titled Unthinkable, which takes us into the glitz and glamour of the entertainment industry. I’m updating it for current times, so I get to play around with some outright craziness LOL!
Keion has had his heart broken by a former girlfriend, but in his need to throw himself into his work to keep from getting caught up again. That all changes with a happenstance meeting with Alexia, who happens to be a part of a singing group that the entertainment group Keion works for as a filmographer wants to sign to a long-term deal. There are a whole lot of moving parts with this one, so you’ll have to try to keep up as the pieces fit together.

Shakir: Everything starts at “home”. You can find my work at www.ShakirRashaan.com and run through my blogosphere, my catalog and other things.

Email ThisBlogThis!Share to TwitterShare to FacebookShare to Pinterest
Labels: July 2017, On The Line With Radiah Hubbert