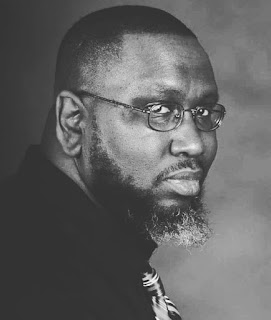 Marlon McCaulsky is an American author and screenplay writer of Fiction, Romance, and Science Fiction. He is known for his novels about contemporary African-American life.
Marlon McCaulsky was born in Brooklyn, NY and was raised in St. Petersburg FL. Marlon is a graduate of the International Academy of Design and Technology Tampa.

His first major publication was in (2008) The Pink Palace and has gone on to publish over thirteen novels and anthologies. He currently lives in Atlanta, Georgia.

Radiah : Tell us about If I Was Your Girlfriend.

Marlon : If I Was Your Girlfriend is a romantic-drama set Atlanta, Georgia the book follows the lives of a group of four women in their mid-twenties who, despite their different natures and ever-changing lives, remain inseparable and confide in each other.

I wrote the first draft way back in 2005 after a deep conversation with a group of friends. The topic of dating your friends ex came up and it got heated LOL... So that sparked the idea of the story and me being the devil's advocate decided to paint a picture that would challenge the readers point of view.

Radiah: The main characters in this story are four friends that are women with different personalities. Was it difficult to create these characters and to write the novel from a woman's perspective?

Marlon: Not really, most of my books are written from a women's point of view. I grew up around a lot of women so that's given me a good point of reference to draw from. I think the key is just try and be authentic to each characters personality and put yourself in their shoes.

Radiah: Do you think these characters will appear in a future book?

Marlon: Oh yeah! They will make cameos in my next book. Since it's also set in Atlanta. Kinda like a loosely connected series. While these group of friends is doing this, there is another set of friends doing this. And some of them may know each other. Sorta like six degrees of separation.

Radiah: Are you working on anything now?

Marlon: Yes I am. My next book is called, "My Current Situation: An Atlanta Tale" It's a romantic comedy about a group of friends since college and where their lives end up a few years later. I leaned heavy in the comedic aspects of the characters and situations. It's the type of story that's gonna make you laugh out loud if I did my job right.

Click here to check out the review of If I Was Your Girlfriend here!

Email ThisBlogThis!Share to TwitterShare to FacebookShare to Pinterest
Labels: On The Line With Radiah Hubbert