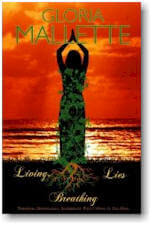 Breathe a lie, live a lie. That's what Nadirah Lewis learns when she uncovers the stunning lie she was forced to live for seventeen years. Nadirah was twelve years old when she was blamed for crippling her Aunt Stephanie. Guilt and her trust fund kept Nadirah a prisoner in Stephanie's home and the object of Stephanie's cruel tongue, but it took another vicious lie and a threat to Nadirah's career as a teacher to infuse her with the energy to fight back. Nadirah's fight, however, is not just for herself. It is also for one of her young students, Bree Morrison. When Bree is hospitalized after drinking a near fatal dose of poison, Nadirah petitions the Administration for Child Services for guardianship. Bree's mother has inexplicably disappeared, and what Bree won't say is what Nadirah needs to hear before Bree's aunt Erma, a she-devil on wheels, wins the custody battle.

Erma, the soon-to-be ex-wife of Austin Gray, Nadirah's handsome new landlord, and close friend of Lynn, Nadirah's cousin, lets Nadirah know in no uncertain terms that she will never get Bree or her husband. But what unforgivable lie does Erma live that could stop her cold yet devastate all around her? And Lynn, as well put together and as orderly as her life is, what shameful lie lurks behind her picturesque suburban doors? While the revelation of many of the lies give Nadirah the courage to find herself, she must accept the fact that those same lies may well destroy the lives of those closest to her. Unveil the shocking, real life truths of Living, Breathing Lies.
Click Here To Order Your Copy Today!
at June 11, 2007