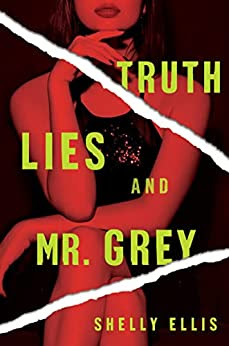 4 out of 5 books
They’re back!  In TRUTH LIES AND MR. GREY, the sequel to The Three Mrs. Greys, Cyrus Grey is alive and well, although he deceptively has Vanessa waiting on him hand and foot while she thinks he is still bedridden. Cyrus is discovering what each of his wives have been up to while also planning to take his business back from his partner Tariq.  When the wives become aware of his intent and his true personality, they question if it’s worth being married to him.  One wife wants him dead; another wants to be left alone and the other holds out hope that he will continue to be the loving savior she needs.
The drama continues between Cyrus, Vanessa, Noelle and Diamond and I enjoyed this ride with them again.  One thing that perplexed me though is that there was no interaction between the wives from the start of the book which seemed disjointed to me. As one of the wives, I would have been trying to legally work out the implications that Cyrus polygamist lifestyle has caused.  Noelle and Diamond did develop a relationship near the end. As a crime drama, the book is somewhat predictable as there are no truly suspenseful moments.  I stayed with novel to see how it will play out and I am still not sure if this is how the story ends.
Reviewed by Paula Allen
Order your copy of Truth, Lies, and Mr. Grey today!
at May 11, 2022