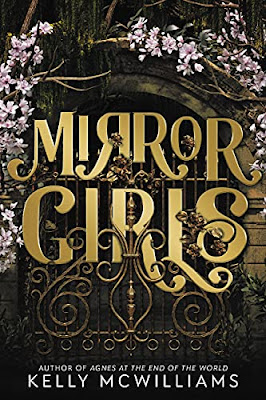 Jeanette Yates dying wish is to return to Eureka Georgia to right a wrong and be buried in her hometown.  Her granddaughter Charlie , an organizer within the Civil Rights Movement is somewhat reluctant to visit the Jim Crow south but she wants to honor her grandmother’s final wish.  Upon her arrival in town, she is shocked to find out the secret of her heritage and that she has a twin sister, Magnolia who is passing as white. Their parents were killed in a racially motivated hate crime which caused them to be separated soon after they were born. Connecting with her twin is not an easy task especially with their racially ambiguous appearance in a segregated town and a long-held curse that other worldly beings want resolved.

The twins’ mother, Marie Yates, a black woman, and her white lover, Dean Heathwood, the heir to a cotton plantation were on their way to get married when they were murdered.  This left the girls motherless and the Heathwood Plantation without an heir.  Shortly after their birth, a visit from Dean’s mother set in motion a curse that can only be broken with their self-identity and the assistance of the ancestors. She chooses the fair skin Magnolia as her heir and raises her as a proper Southern Belle to find a suitable and wealthy spouse to salvage her financially struggling plantation. Charlie and her grandmother were ordered to move far away to keep the secret of the twins’ existence from the residents of Eureka. Her plans are thwarted when Magnolia discovers her life has been based on a lie. Magnolia’s reflection disappears as she struggles to stay alive while determining the truth about her identity and history. The sisters have to work together to save Magnolia from the devastating curse.

MIRROR GIRLS is young adult read that truly delivers.  With elements of the supernatural, racial tensions and colorism, it was a well-written and engaging adventure. McWilliams writes a gripping thriller that touches on acceptance, tolerance, and grace.

Get your copy of Mirror Girls today!