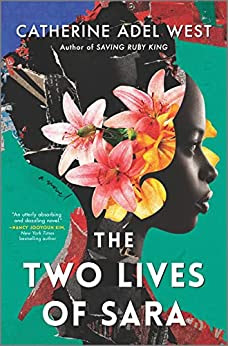 Being pregnant, unwed, and alone, Sara King flees Chicago, Illinois, and the Calvary Hope Church. She promises to keep in touch with her best friends, Violet and Naomi as she starts her new life in Memphis, Tennessee. Sara takes up residence in Naomi’s aunt, Mama Sugar’s boarding home where she meets a colorful cast of flawed characters who become family. Sara carries a lot of anger with her stemming  from her mother’s early death and the conditions in the home with her father, Saul King, the pastor of Calvary Hope Church. Sara has a hard time bonding with her son, Lebanon, and showing him a mother’s love but she has an  adopted family within Mama Sugar’s boarding home who are willing to step in. As Mama Sugar tries to crack the shell of selfishness, hatred, and pain that Sara has built around herself, she is harboring secrets of her own.

Sara’s layers are starting to peel away with her interactions with the young, precocious Will, Mama Sugar’s grandson and his handsome teacher, Jonas Culter. Sara’s life is easier and more pleasant as she takes pride in working at The Scarlet, helping to take care of the boarders in the house and her blossoming relationship with Jonas. As life seems as though it can’t get any better, devastating tragedy occurs which leads Sara to make the decision it was time to go back home. Mama Sugar’s secrets were too much and had impacted her so negatively.  She makes a decision that all will not agree with but was pretty common in the 1960s: a decision that may not have been the best.

When I started reading THE TWO LIVES OF SARA, I hadn’t paid attention to the fact that it was another book authored by Catherine Adel West. I kept thinking that the story sounds familiar and questioning why. When I discovered that I had read her first novel, I started thinking, “she kind of wrote the same book.” And then my mental light bulb came on and my mind was blown.  THE TWO LIVES OF SARA is not a sequel to Saving Ruby King, but it is considered a companion read and if you haven’t read both – you should. The unique way West published the novels is overwhelmingly impressive.

Get your copy of The Two Lives of Sara today!