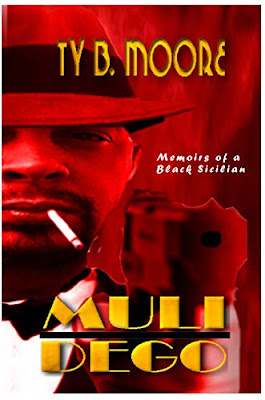 Sylvester Armstrong is a young biracial male, who is the only child of a single black mother Dahlia, living in the harshest, most segregated part of Chicago in the 1930s.  His mother works at a salon but without a consistent clientele, she takes on odd jobs to support her and Sylvester.  Sylvester’s uncle Percy teaches him to commit petty crimes and pickpockets at the age of eight which helps the family to make ends meet.  Sylvester introduces his friends to his schemes and a bond is formed between them.  After a tragic accident that took the life of Sylvester’s mom, he is on his own and his activities are starting to attract the wrong attention.

In steps Christiano Benetti, the head of well-known Mafia family that runs the Extension.  Christiano is Sylvester’s father who remained in the shadows much of his life.  He takes Sylvester under his wing, teaching him Italian, the family business and grooming him for a position in the Mafia. Sylvester Christiano Armstrong Benetti is a natural, impressing his father and gaining the respect of the rest of the members of the Extension. Working his way up the ranks, Christiano gains his place his father’s family.  Upon his rise to the top, there is one wrong that Sylvester wants to avenge – the tragedy that was orchestrated by his father’s wife.

MULIDEGO is well-written but at times failed to keep me engaged. There are some parts of the novel that is too wordy or provides too much background information on the minor characters which causes the story to lag.  The story became interesting in the last seventy-five percent of the book which is actioned-packed and engaging.

Get your copy of Mulidego today!