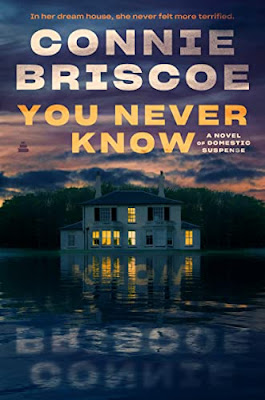 Alexis Roberts is asleep one night when someone breaks into her home and tries to assault her. Though she manages to escape serious harm, the invasion has left her scared and shaken. The police are investigating, but Alexis has few details to share with the detective on the scene. She’s hearing impaired and could not find her cochlear implants in the darkness, which left her unable to both see and hear the intruder.

Was her attacker a stranger or someone whom she knows—a person who may have once been close to her?

Flashback to a year earlier when Alexis meets the man of her dreams. Marcus is handsome, successful, polished and everything she’s ever wanted. Attentive, charming, and fluent in American sign language, he’s unlike any man she’s ever known. Believing he is the Mr. Right who was meant to be her forever partner, Alexis says yes when he asks her to marry him. Why wouldn’t she?

But once they’re married, Marcus grows distant and resembles little of the charming man who swept her off her feet. Who is this stranger she’s married? Determined to uncover the truth, Alexis begins to carefully unearth the secrets in her husband’s life. When she makes a horrifying discovery—his first wife is missing and suspected dead—Marcus suddenly disappears without a trace.

Now, in this gigantic house in an isolated neighborhood with no family and friends nearby to help, a terrified Alexis waits for her intruder to return. She’s trapped in the dream home that has become a nightmare, unsure who Marcus really is . . . and what he’s capable of doing.

Pre-order your copy of You Never Know today!

Email ThisBlogThis!Share to TwitterShare to FacebookShare to Pinterest
Labels: January 2023, The Forthcoming