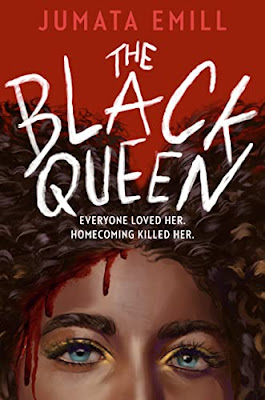 Nova Albright, the first Black homecoming queen at Lovett High, is dead. Murdered the night of her coronation, her body found the next morning in the old slave cemetery she spent her weekends rehabilitating.Tinsley McArthur was supposed to be queen. Not only is she beautiful, wealthy, and white, it’s her legacy—her grandmother, her mother, and even her sister wore the crown before her. Everyone in Lovett knows Tinsley would do anything to carry on the McArthur tradition.No one is more certain of that than Duchess Simmons, Nova’s best friend. Duchess’s father is the first Black police captain in Lovett. For Duchess, Nova’s crown was more than just a win for Nova. It was a win for all the Black kids. Now her best friend is dead, and her father won’t face the fact that the main suspect is right in front of him. Duchess is convinced that Tinsley killed Nova—and that Tinsley is privileged enough to think she can get away with it. But Duchess’s father seems to be doing what he always does: fall behind the blue line. Which means that the white girl is going to walk.Duchess is determined to prove Tinsley’s guilt. And to do that, she’ll have to get close to her.But Tinsley has an agenda, too.
Pre-order your copy of The Black Queen today!
at January 05, 2023

Email ThisBlogThis!Share to TwitterShare to FacebookShare to Pinterest
Labels: January 2023, The Forthcoming