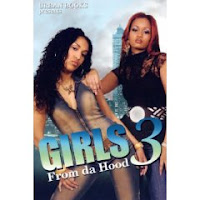 In the third installment of the runaway hit series, Girls From Da Hood, urban fiction veteran, Mark Anthony, and erotic drama newcomer, Madame K, turn up the heat with fiery stories that will leave the reader breathless. Stripping in one of the hottest clubs in the country affords you a nice "hood rich" living. Well, that's how it is for Latisha Lovely and her roommate, Lexi. With nothing but money on their minds, the two agree to take part in a more lucrative hustle than stripping. But when things start to turn bad, Latisha and Lexi must decide to either become "Snakes or Snitches." In "Star Quality," R&B diva Star Marshall is the envy of every woman and the desire of every man. However, her superstar status doesn't come without problems. Onstage and in the studio, she is a puppet, controlled by her record company, manager, and the whims of her fans. But behind closed doors, Star turns the tables, engaging in a secret life that, if exposed, could cost her everything, including her sanity.